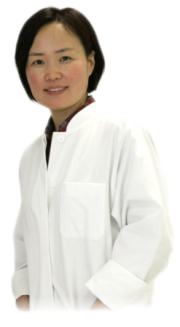 We often underestimate the self-healing powers of our body...

My name is Zhuolin Zhang and I was born in ZheJiang, China in 1969. From 1991 to 1999 I studied Traditional Chinese Medicine (TCM) and acupuncture at the TCM-University ZheJiang where I was awarded my diploma in 1999.After that I worked there as a lecturer until 2002 and then went to TCM-hospital Tianjing. I have been living in Germany since 2003. From 2007 to 2011 I worked in Germany as a TCM specialist for many practices. Since August 2011 I am a state-approved alternative practitioner. In June 2012 I opened my practice for Traditional Chinese Medicine in Koblenz-Rübenach.

What is Traditional Chinese Medicine (TCM)?

Acupuncture as a part of Traditional Chinese Medicine is a cure that has been established for more than 3000 years. The human body has  361 points on 14 so- called prime meridians. During treatment needles are applied to individually different points. With this  stimulation (also via cupping or moxibustion) your own body's regulative forces can be triggered, thus enabling the body to help itself. The intention is to  prevent, stabilize and heal diseases.

The cups are hemispheric glasses, that are put on the skin while applying suction.Cupping is a traditional healing method, which can be used with great success against many diseases and medical conditions without the need for pharmaceuticals.

That's how you start TCM-Therapy:

I offer you the following treatments:

patientsappointments by prior arrangement (over the phone from 9.30 am)